The 2018Q1 update to TCGA_B37 (and 2018Q2 update to TCGA_B38) land now includes 4,789 additional RNA-seq comparisons (see the ComparisonLand wiki page for more details). In addition to the previous "Tumor vs. Normal" comparisons within each tumor type, TCGA_B37 samples are additionally stratified by (1) DNA-seq mutation status (across commonly mutated genes in cancer, such as those found in the QIAseq Targeted DNA Panels) and (2) clinical variables related to cancer diagnosis or prognosis (such as MSI Status, HPV Status, etc.). 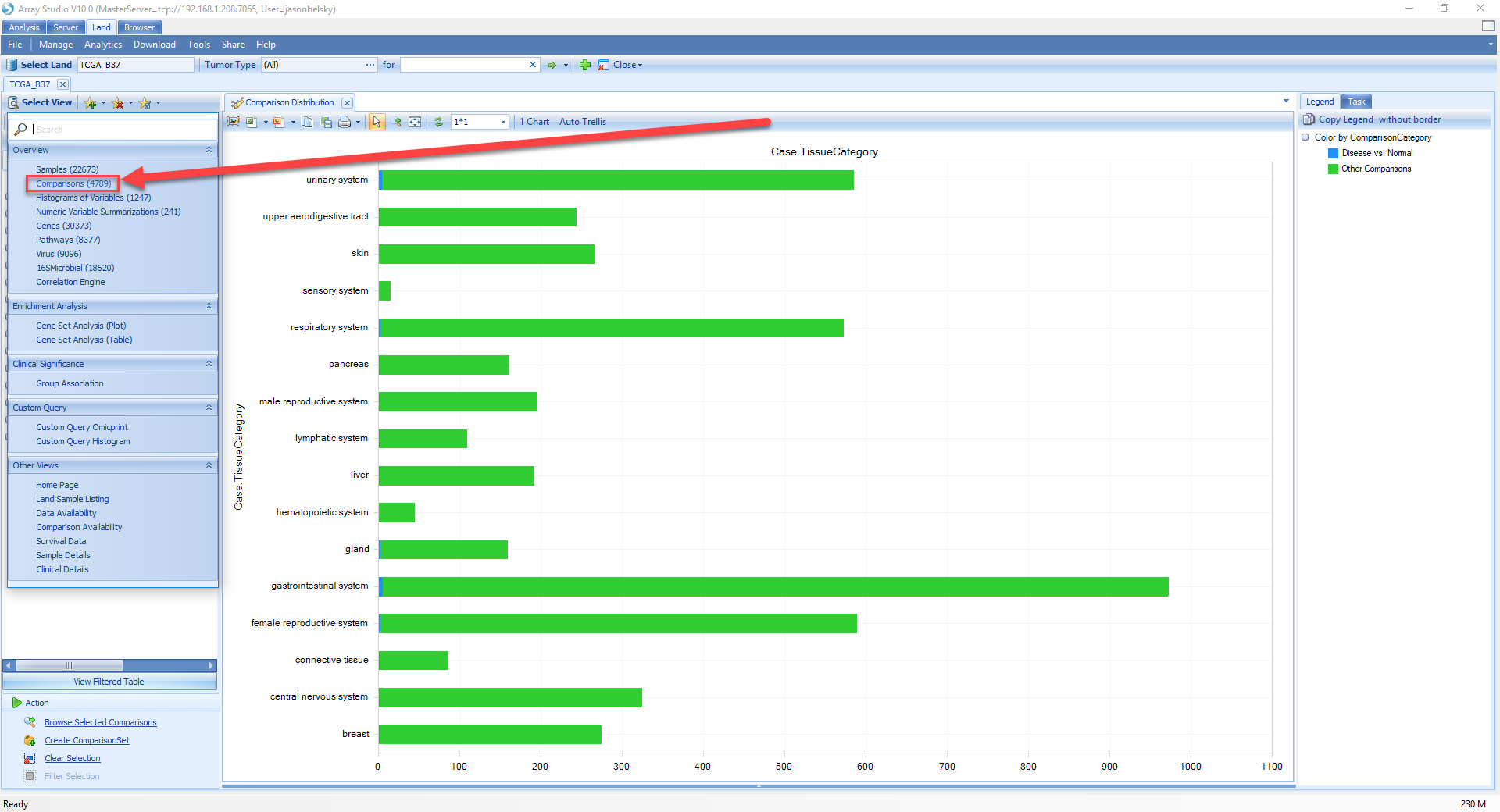 For each gene assayed in a QIAseq panel above (381 genes), mutation status in relevant tumors was used to set up statistical contrasts. 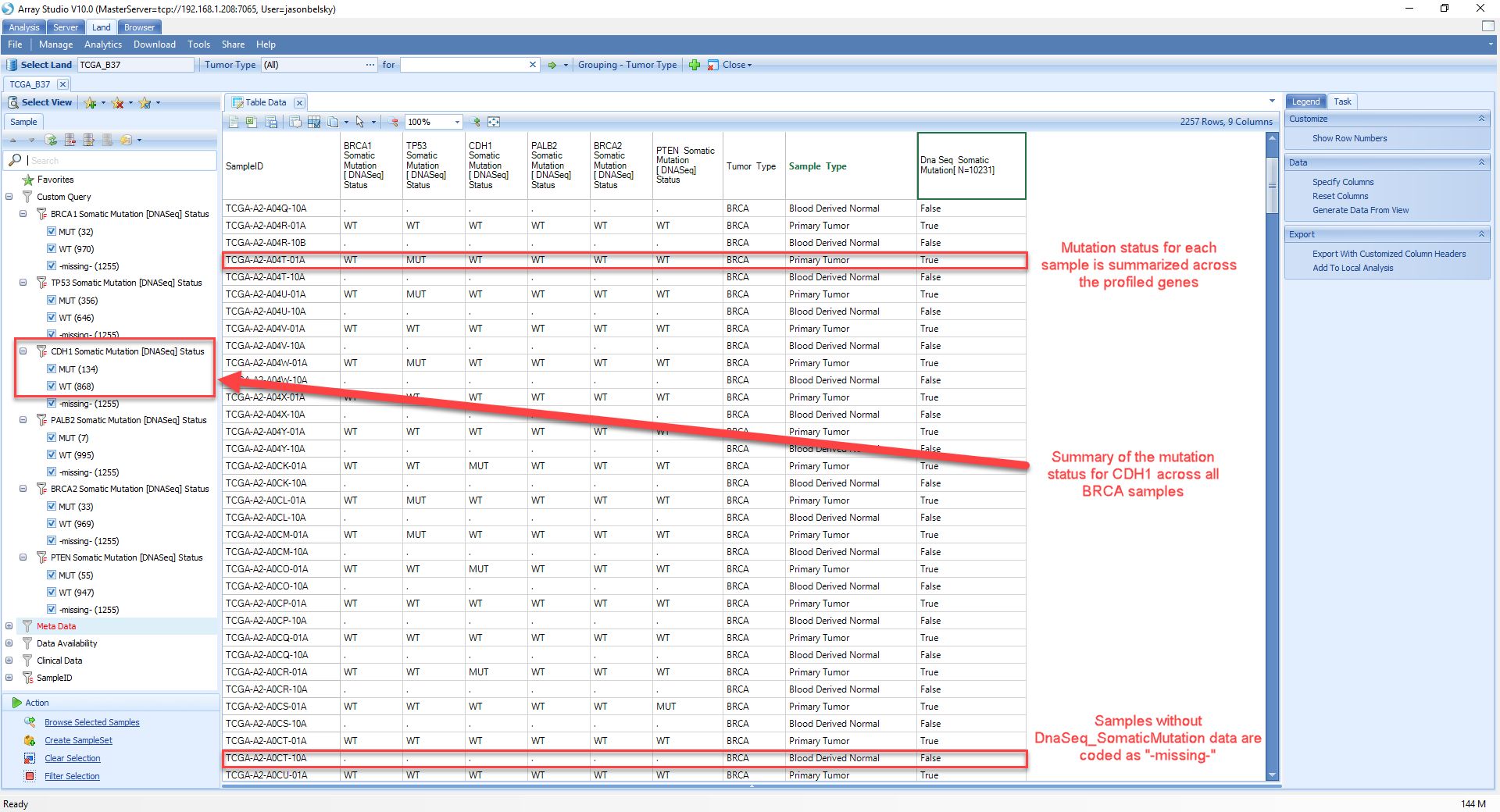 3. Generate sample groups for each tumor and profiled gene

To set up each statistical comparisons, samples in a TumorType were assigned to Case or Control based on MUT/WT status. Potential comparisons were then filtered on the following criteria:

Because of these criteria, not all tumors will have comparisons for all genes in a panel.