This model can be quickly used to generate results (including fold changes, estimates, raw and adjusted p-values, LSMeans, and Estimate data). More complicated designs should use the General Linear Model command. By selecting a Group, and then specifying the level to Compare to, Array Studio will automatically create the comparisons and model for the user. This model generates an Inference Report (including automatically generated Report View and VolcanoPlot View), as well as optional LSMeans and Estimate datasets. 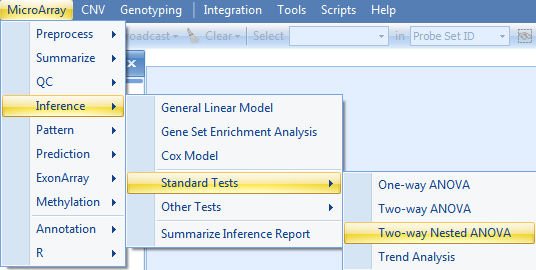 This function works on -Omic data types. Since this is ANOVA, the underlying assumption is that the data follows a normal distribution. 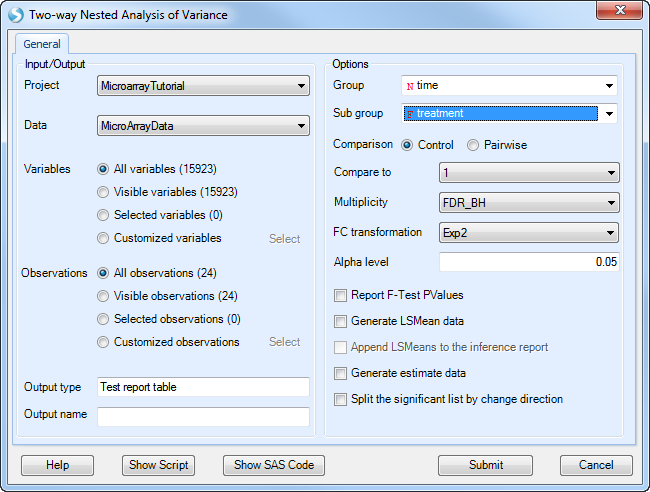 Note: The Multiplicity adjustment takes into account the total number of tests performed within a given analysis. There is the ability to set the default option to adjust p-values on a per-test basis. Please refer to the Statistics section in the User Guide.

An example Report (TableView) and VolcanoPlot View generated using this command, shown below: 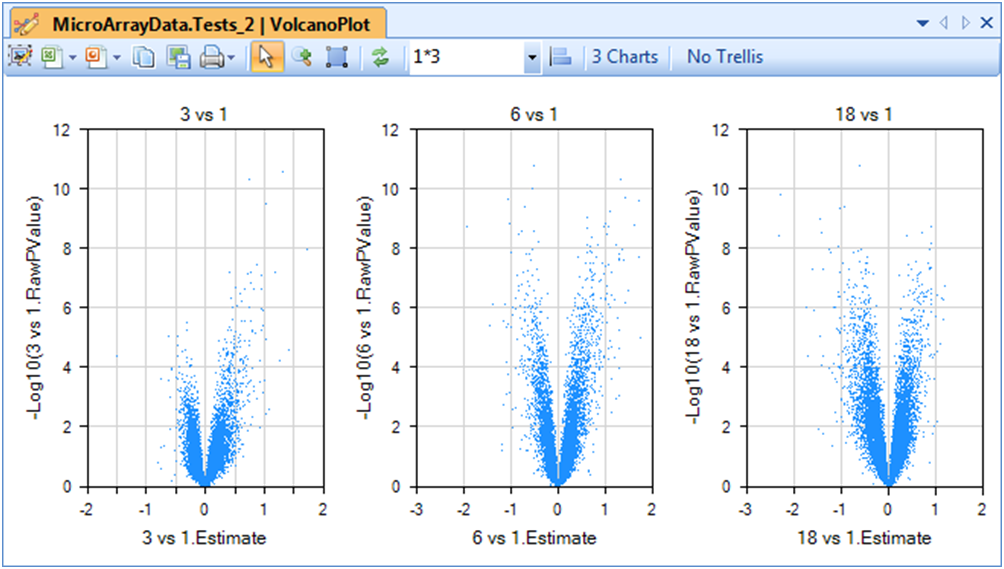