The Two Group Permutation Test module gives the user the option to run two different permutation tests, which will randomly shuffle the samples between the disease and control groups and re-compute the testing statistic. Given the speed of permutation test, 100 permutations (the default) can take 5 min for asingle dataset with 50,000 probe sets with about 50 chips.

The two test types are COPA and RobustOutlierSum, both of which have been used to detect outliers in differential gene expression. One use of this module would be to detect differences in copy number variation between groups of samples (after generating gene level data). 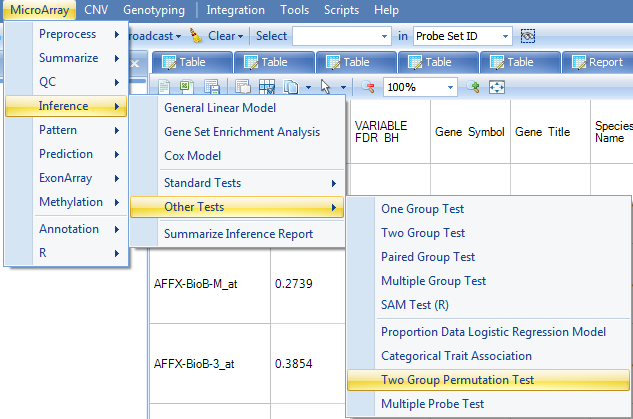 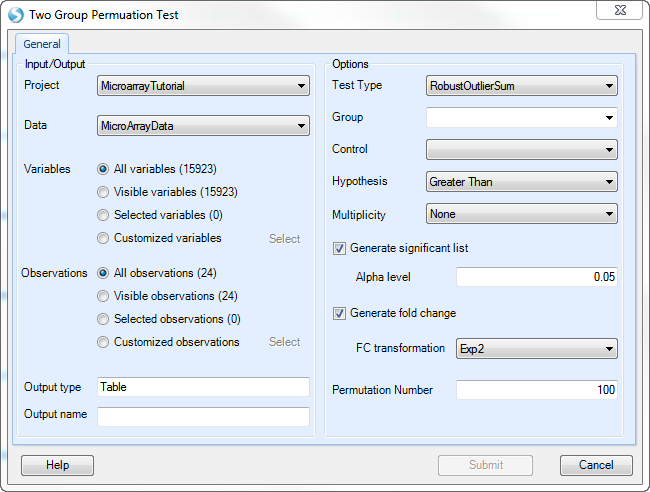 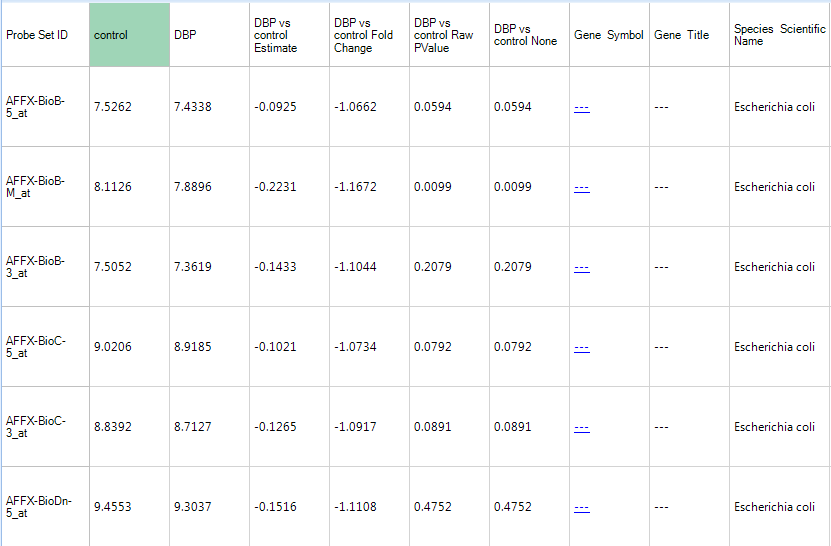