The Sort Observations OmicData menu item permanently sorts (until the next sort) the observations in a dataset. It is used as a way to sort the observations so that they always appear in a certain manner for all views for that dataset. It works on any data type. No new dataset is generated in the Solution Explorer as a result of this command. Note: Reorder factor levels is also useful if the user wants to change the order of groupings in certain views.

First, the user must choose which dataset upon which to run the sort command: 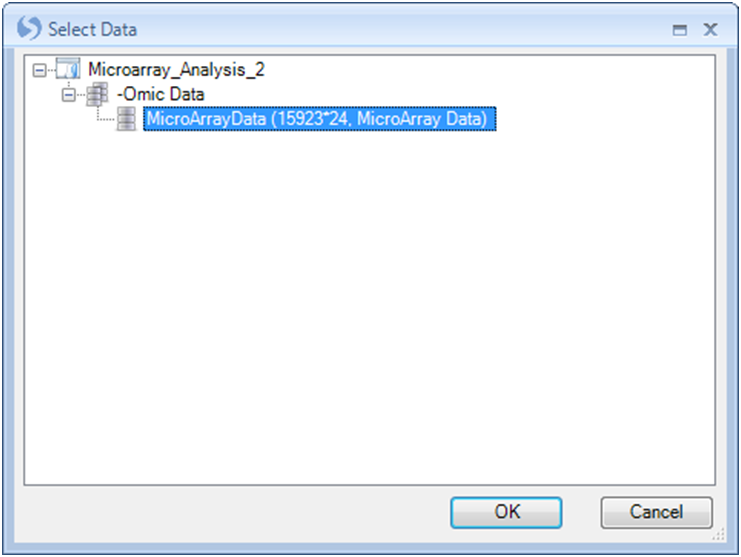 Once the dataset is selected, the Sort Observations window is presented: 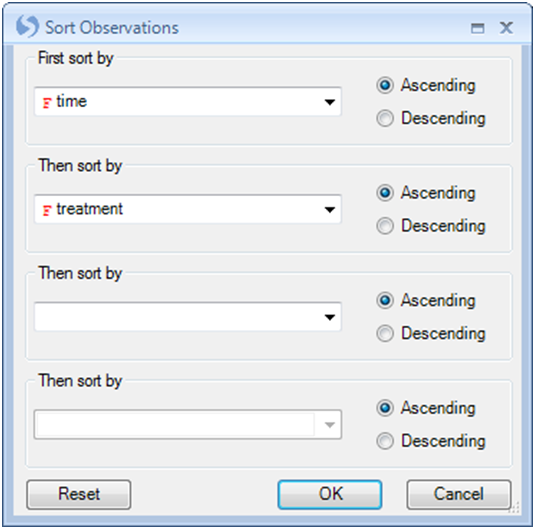 The user can sort by up to 4 columns in the Design table, in either ascending or descending order.