The Single Variable Classification module allows the user to assess the how well individual variables can be used as predictors of classification for observations' design information. This analysis employ LDA (Linear discriminant analysis) to perform the analysis done. For example, in microarray data, we can test each probeset's ability to predict each observation's treatment level. 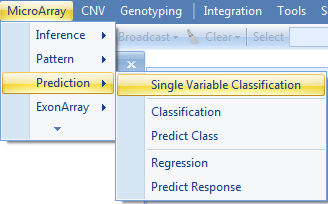 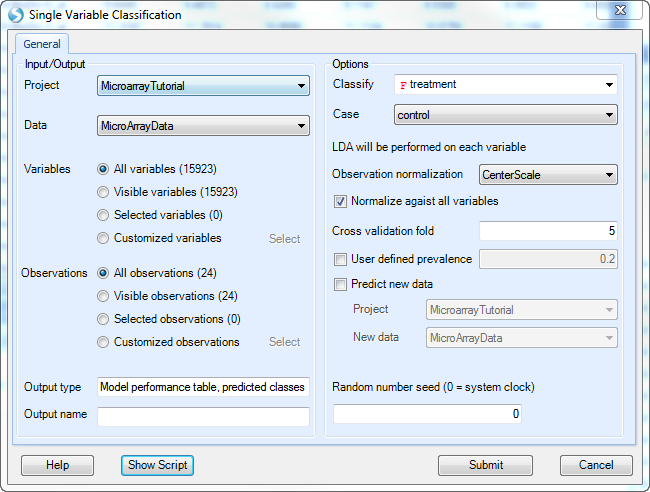 The results include a CVReport table in the Prediction folder of the Solution Explorer showing TruePositive, FalsePositive, FalseNegative, TrueNegative, Sensitivity, Specificity, PPV, and NPV calls.

If the user chose to predict new data, a Predicted table in the Prediction folder of the Solution Explorer is generated, showing the predicted classification group for each variable.