The Predict Class module will predict a new dataset based on previously stored classifier (from the Classification command). A "Prediction table" is generated that shows the prediction of the classifications of the new dataset. 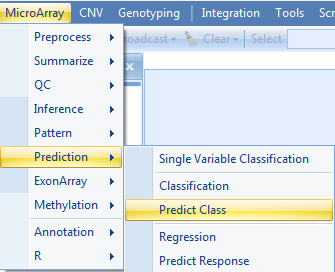 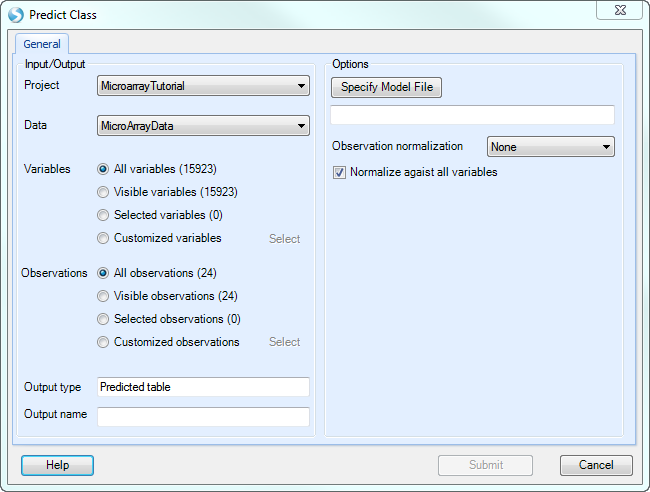 A predicted table is generated, including Design Table information from the dataset: