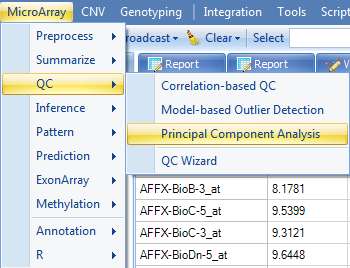 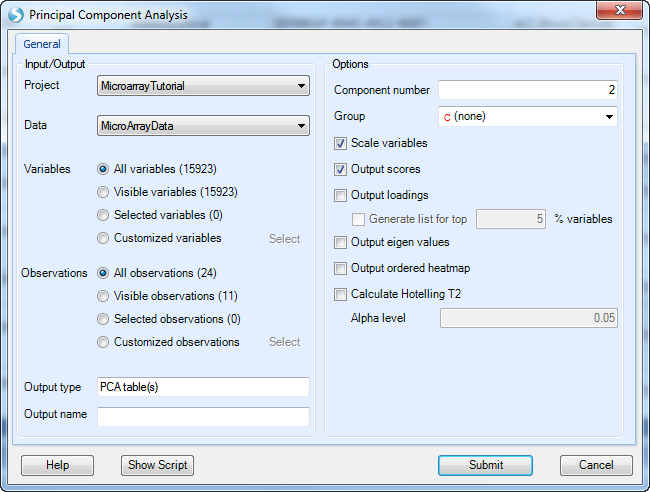 WARNING: if none of the output boxes (scores, loadings, etc.) is checked, there will be no output table

An example 2D PCA plot with grouping information is shown below. In this case, the grouping factor is “treatment”. There are two levels in this factor: control and DBP. There are 3 ellipses representing 3 confidence regions: one for all samples (the black ellipse), one for control samples (small blue ellipse) and one for DBP (the green ellipse). Each data point is calculated with all samples, i.e., the loading and scores are computed using all samples. But each ellipse is determined by corresponding group.

The main purpose of PCA is to find potential outliers. For 2D PCA plots, the user can easy find the outliers by the ellipse. The data points outside of the ellipse should have a (significantly) different data pattern than the ones inside the ellipse. 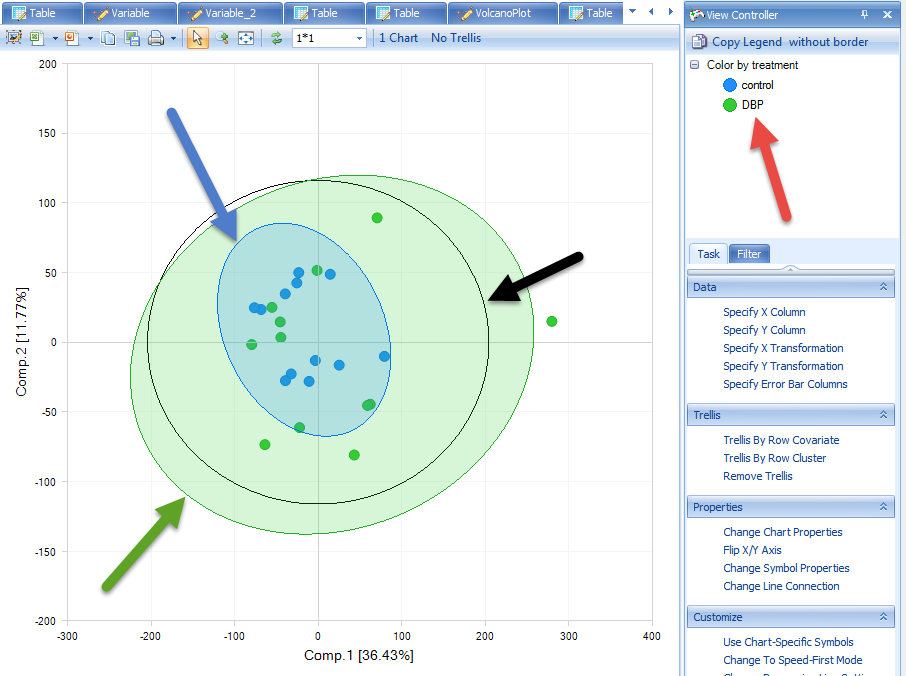 An example loadings plot is shown below.

An example of an ordered heatmap is shown below. 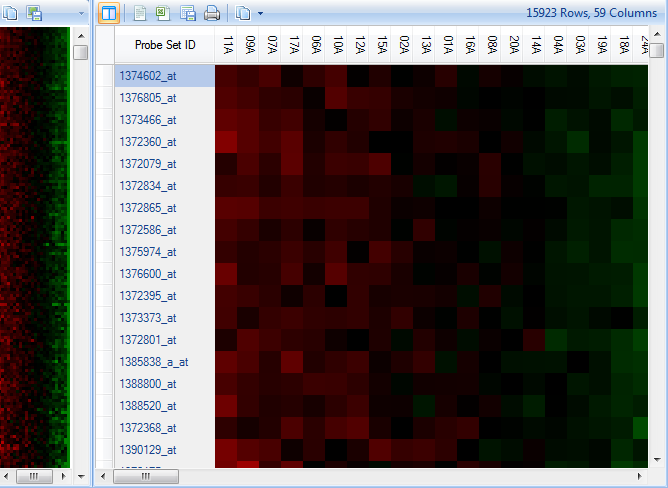 An example of generated Eigen values report is shown below:

Setting the PCA component number to 3 will generate an interactive 3D scores plot. For 3D plot, the user can rotate the plot to find the potential outliers. Currently, Array Studio does not provide the hotelling T2 for 3D plot. 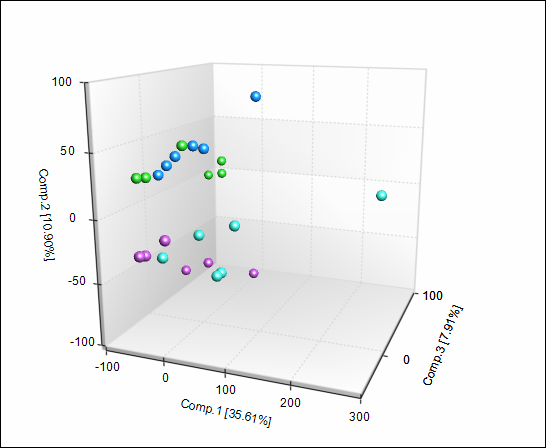 Setting the PCA component number to >=4 will generate a scores plot similar to below. 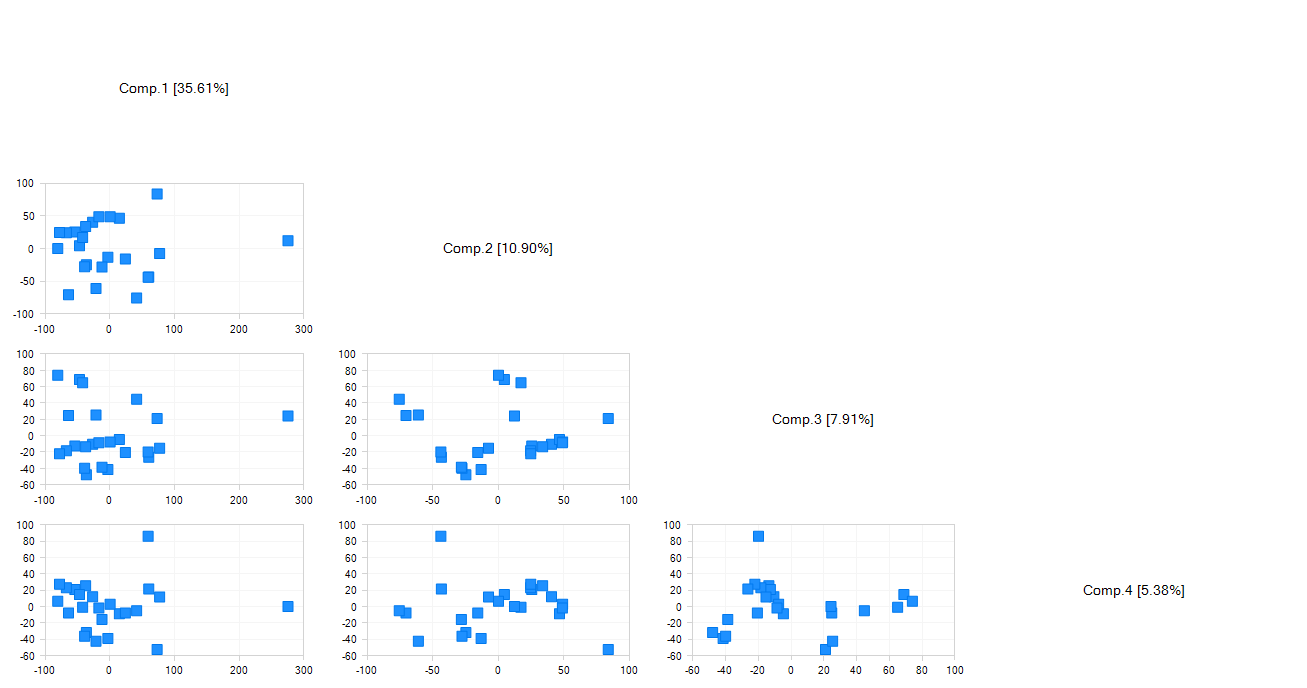