The Pairwise Correlation command will calculate pairwise correlations for observations in an experiment. A pairwise correlation matrix will be generated in the Solution Explorer under the Summary folder in the –OMIC data section. This module is used for QC purposes, for determining how well each sample correlates with other samples in the experiment, and other experiments in each experimental group. 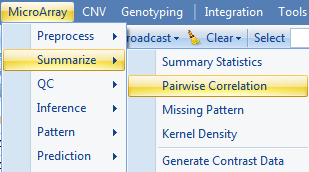 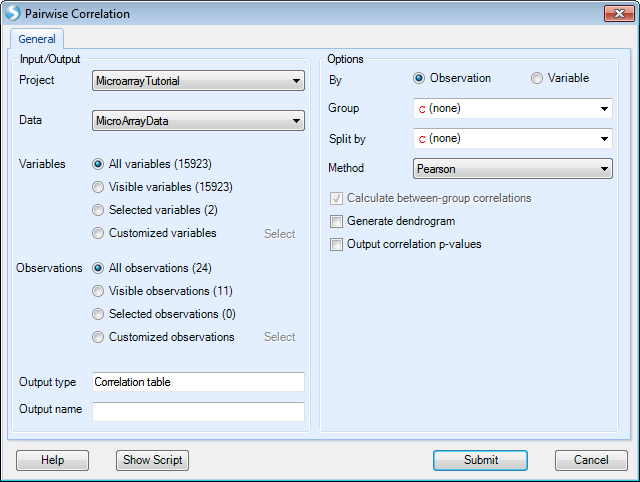 This function will generate a pairwise correlation matrix in the Solution Explorer under the Summary folder.

In the example shown below, a number of groups are shown. The heatmap shows the correlations between observations in each group. It is clear in this example that chip 22A (group DBP.t18) does not correlate well with the other chips in its group; if desired, this chip could be excluded from downstream analysis.

If interested, the user can add a Table View to the Correlation Table in the Solution Explorer in order to see the exact numbers of the correlations.

To exclude the sample 22A from samples, users can select all other samples in heatmap and then generate a new list containing only the rest 23 samples. 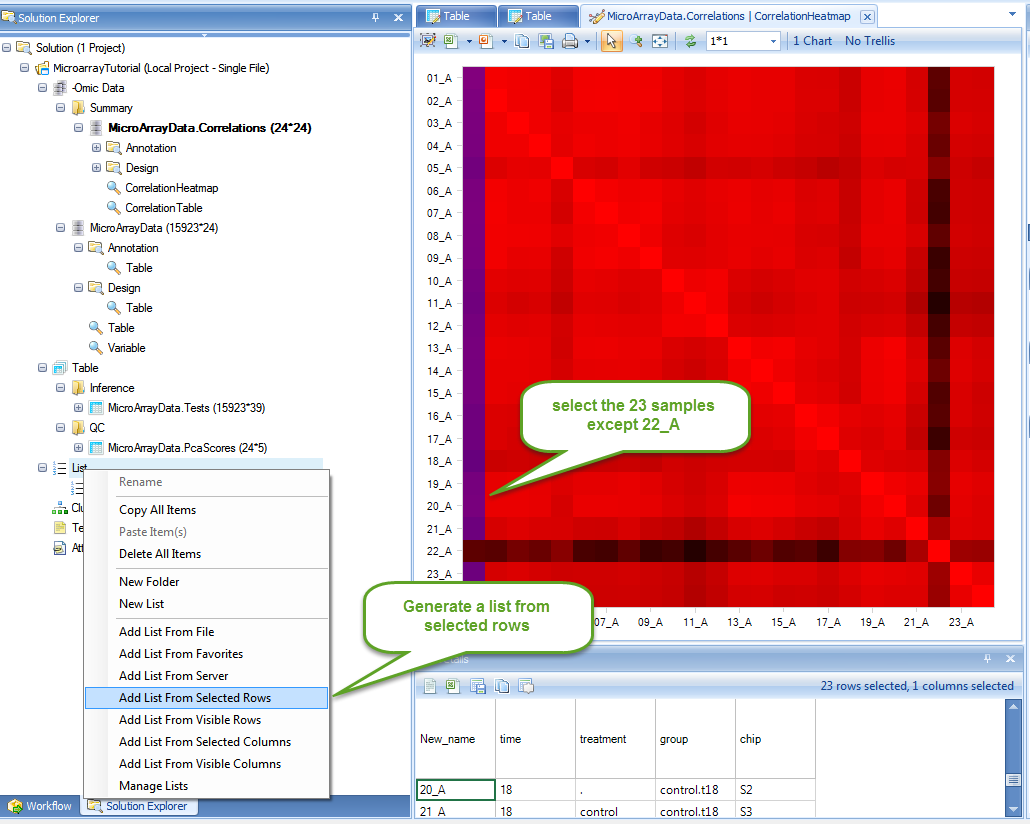 The legend (shown below) shows the range of correlations (this can be set using the Task tab of the Project Explorer).

An example of the Dendrogram View generated by clicking the Generate dendrogram checkbox is shown below. It functions very similarly to the HeatmapTableView. 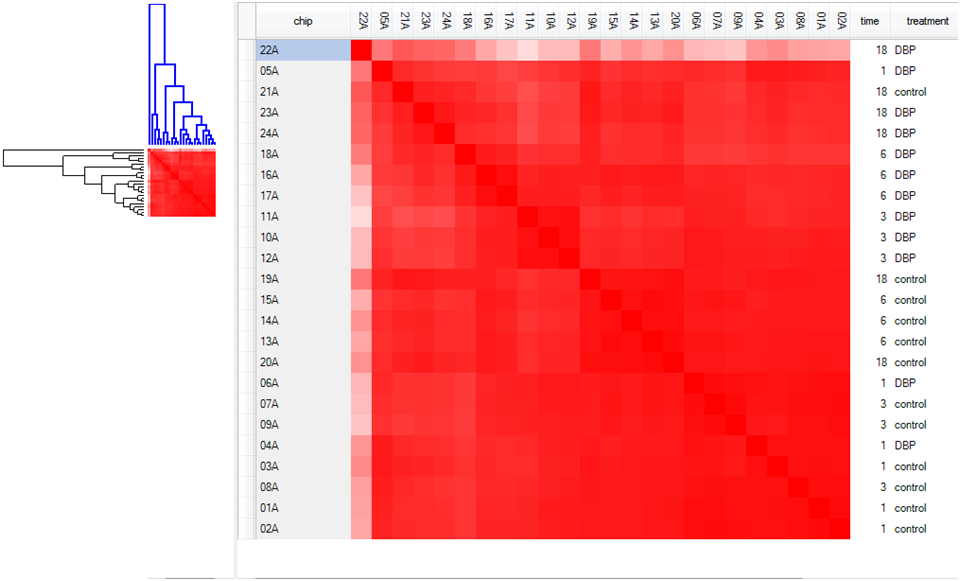 [back to top]
Retrieved from "https://wiki.arrayserver.com/wiki/index.php?title=PairwiseCorrelation.pdf&oldid=27377"
Categories: