The One Group Test, also called the "one sample test", allows the user to run a variety of one-group inference tests (including "Z-Test", "T-Test", "Wilcoxon Test", "Shapiro-Wilk", and "Anderson-Darling"), to test whether the samples are from the same population with a hypothesized mean. If the samples can be easily grouped into two groups for certain genes, or a population with different mean, the users should expect to see a low p-value. A more detailed explanation can be found here

To run this module, click MicroArray | Inference | Other Tests | One Group Test. 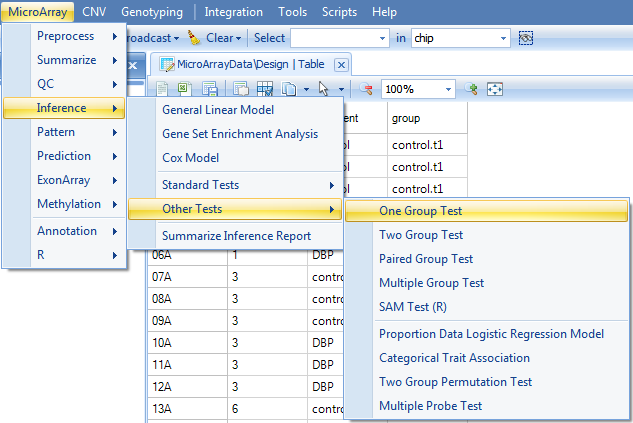 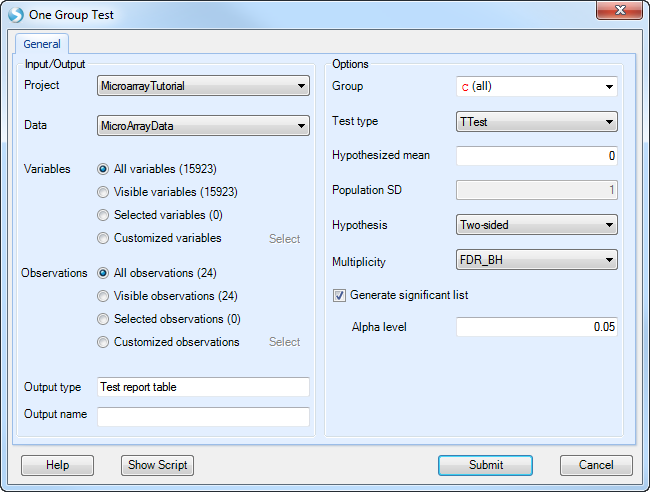 Clicking Submit will generate a Table in the Inference tab of the Solution Explorer for the requested test. For each comparison (if specified by Group), Array Studio will generate four statistics for each gene: Estimate, Fold Change, raw p value and adjusted p value. Then the gene annotation is attached in the inference table.