The NMF Clustering command will allow the user to perform non-negative matrix factorization. A more detailed description of applying NMF to clustering Microarray data can be found here.

Basically, the Omic-data matrix V(p × n), where p is the number of variables (e.g., genes) and n is the number of observations (e.g., samples), is factorized into two matrices H(p×k) and W(k×n), with the property that all three matrices have no negative elements. Here k is the number of clusters. Our goal is to find a small number (k) of metagenes (saved in matrix H), each defined as a positive linear combination of the p genes. We can then approximate the gene expression pattern of samples as positive linear combinations of these metagenes. The way we determine samples clustering is this:

Given a factorization V ∼ HW, we can use matrix W to group the n samples into k clusters. Each sample is placed into a cluster corresponding to the most highly expressed metagene in the sample; that is, sample j is placed in cluster i if the wij is the largest entry in column j.

Both variable clusters and observation clusters will be generated. The command will create Cluster objects (variable and observation) in the Cluster tab of the Solution Explorer. Using the View Controller, these Clusters can be used in a variety of Views with Data objects. In addition, a Heatmap or ProfileView of the clustering will be generated for the selected Data object.

Note: While there is no theoretical limit on the number of variables that can be clustered, this algorithm may require more memory than others. An Out-of-Memory error may be generated when there is not enough available RAM in the computer to handle the number of selected variables. 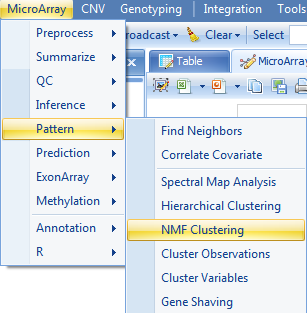 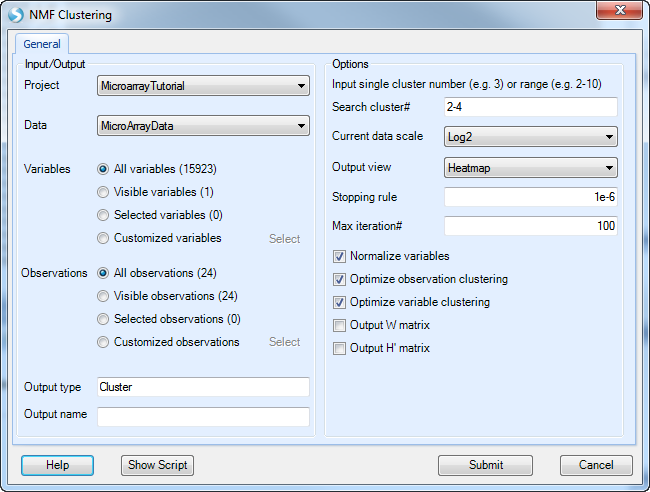 The command will generate reports for the silhouettes for all cluster numbers. The heatmap for both observation and variables can be found under the corresponding Omic-data.

Note: we do not provide the clustering tree within each cluster, but we put the observation/variable with less dissimilarity closer. 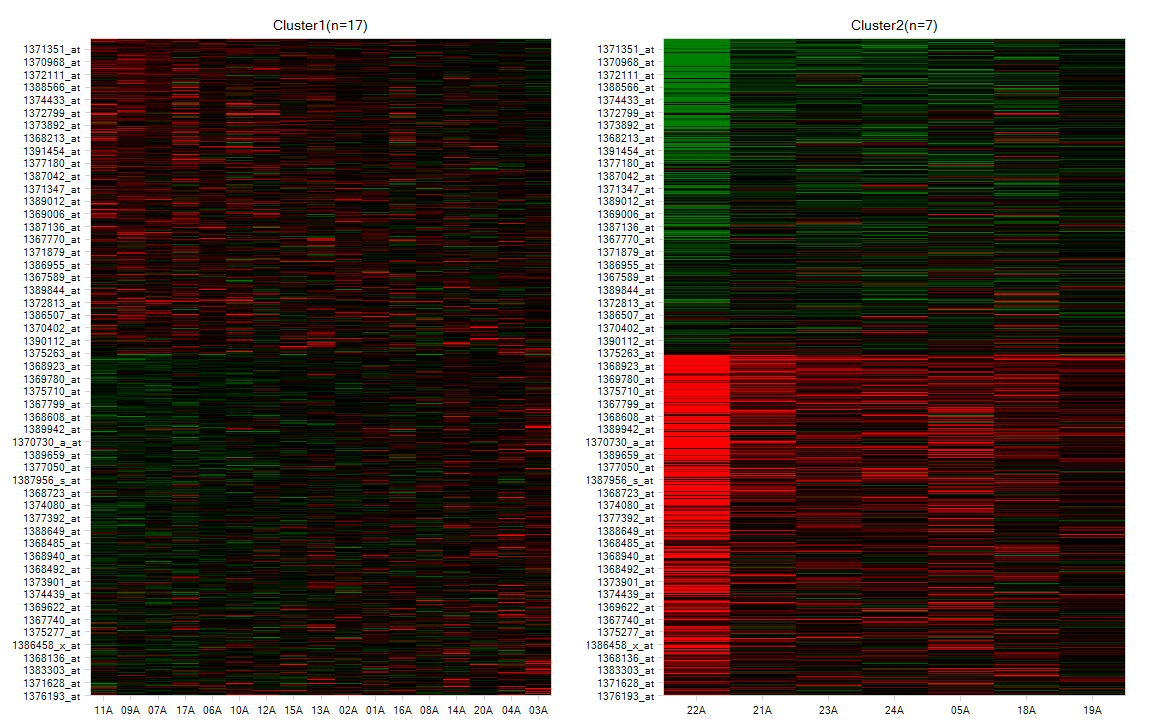 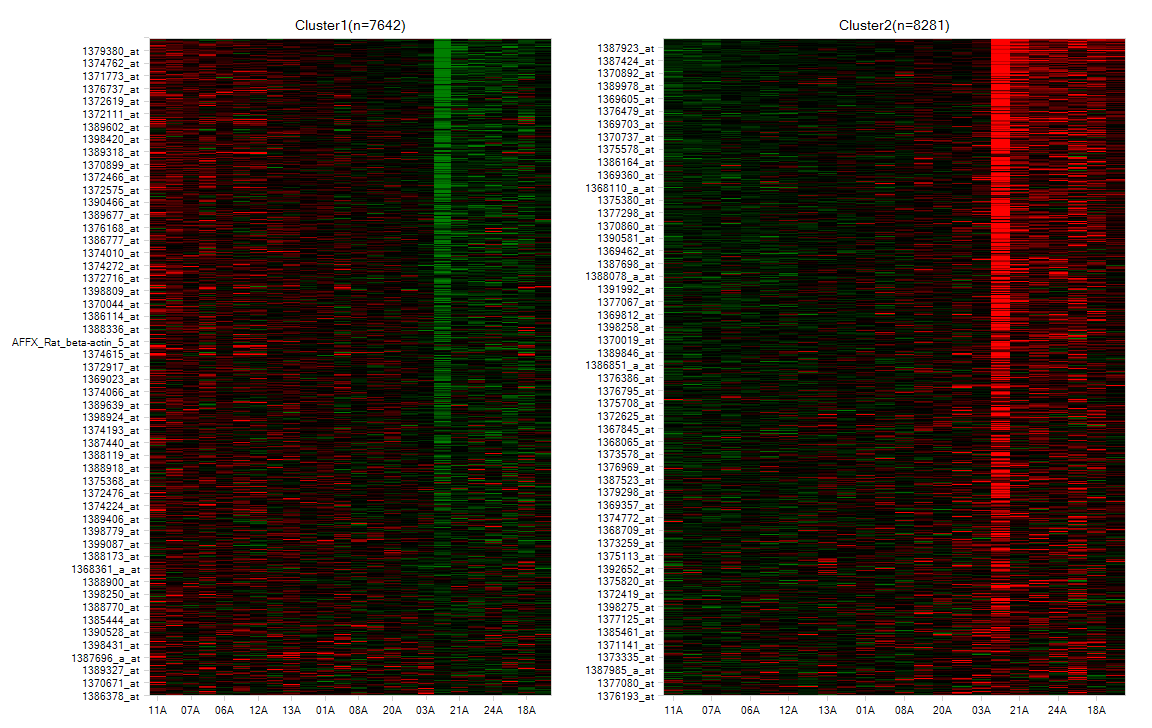