The Run RScript (Microarray Data) command allows the user to run an R-script, based on a dataset in the Solution Explorer. The data is sent out to R, the script is run, and any results from R are imported back into Array Studio as a Table object. 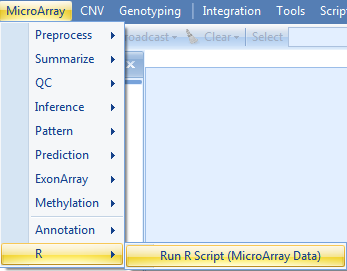 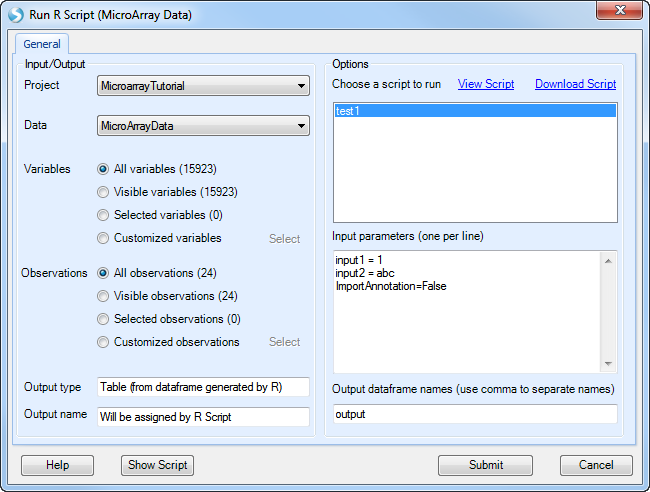 R Integration shows how to write a R script for Array studio to load and run.
[back to top]

For each data frame generated by the R script, a new Table data object will be generated project's folder in the Solution Explorer.