The Export module can be used to export NGS Read data to a variety of output formats, including SAM, BAM, FASTQ_GZ, FASTA, BED etc. 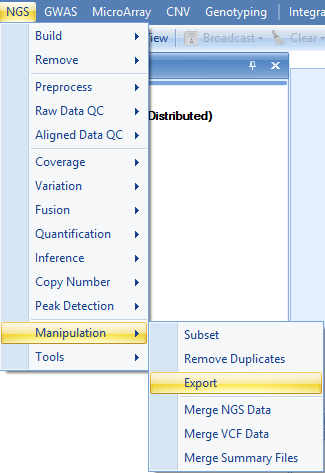 This function works on NgsData objects. 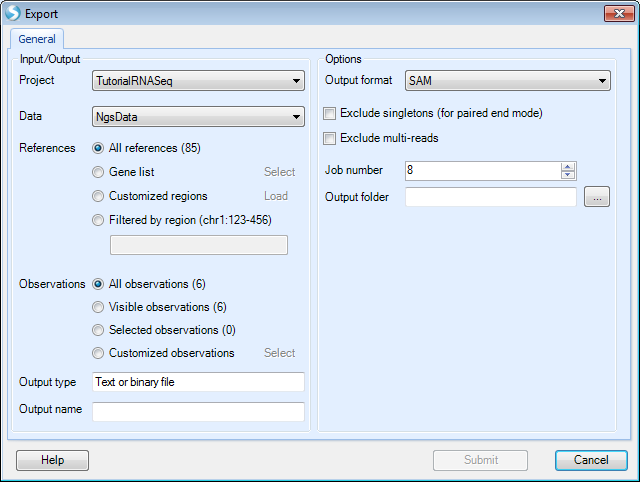 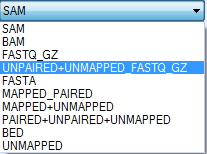 For example, selecting "UNPAIRED+UNMAPPED_FASTQ_GZ" will extract unmapped and unpaired reads, and save them in fastq.gz format. Output options separated by + indicate multiple output files, for each descriptor.

The option to "keep unmapped reads" must be checked during alignment in order to recover these reads using the Export NGS data option later on.