The Correlation-based QC command calculates Median Absolute Deviation (MAD Scores, discussed below) for each Group, using a variety of correlation methods. A new Table is generated in the Solution Explorer under the QC folder. By default, this command generates 2 views: a ScatterView comparing MAD score by Group, and a TableView. Outliers can be selected and removed from -Omic data, using the Exclude selection button of the Task/Update tab. If used in the standard fashion (i.e. running Correlation-based QC once per experiment), a standard cutoff can be applied to search for outliers. The standard cutoff used by Array Studio is that MAD Scores <-5 are considered outliers. 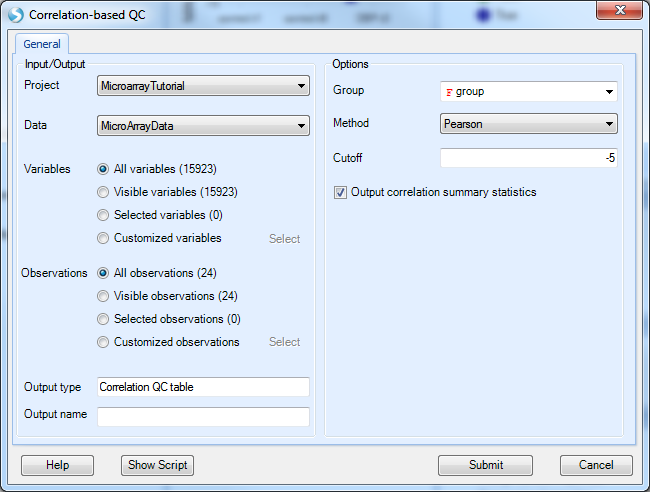 If the Output correlation summary statistics box is checked, a Table object similar to the following will be generated: 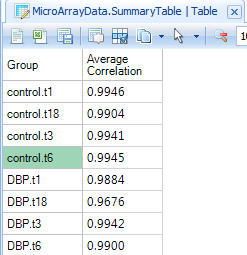 An example ScatterView of MAD Scores versus Group is shown below. 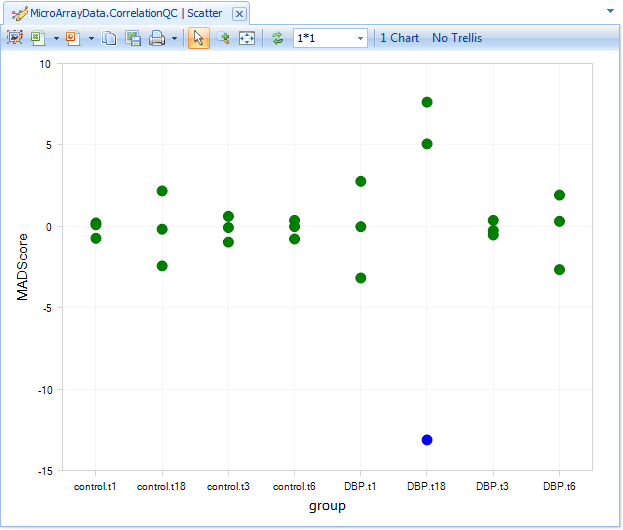 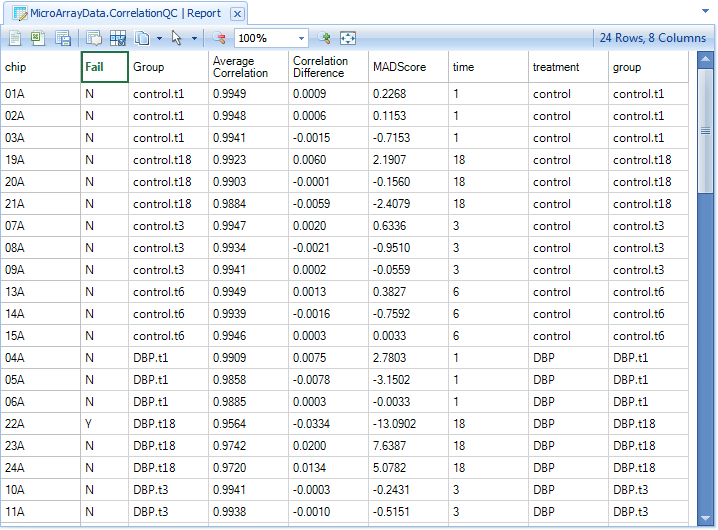 The Exclude Selection button (available in the Task tab of the View Controller) will generate a List of observation IDs from the current -Omic data, but excludes any selected observations. This List can be used for future analysis and QC processes (using the Observations box in most Analysis windows). In addition, it will rerun the Correlation-based QC command, excluding the selected samples.

Further information on the calculation of MAD scores:

The MAD score is calculated using the following formula:

The MAD (Median Absolute Deviation) and Median (of the Correlation Differences) are calculated for the entire dataset and therefore are the same numbers for each sample. However, these numbers will change if the dataset is changed.