The Cluster Variables module allows the user to Cluster variables using a number of clustering methods, including PAM, KMeans, CAST, and SOM. As opposed to other clustering functions (e.g. hierarchical clustering), which usually generate a HeatMap View from the -Omic data, this command will create a Cluster object in the Cluster section of the Solution Explorer. Using the View Controller, this Cluster can be used in a variety of views with Data objects.

Note: While there is no theoretical limit on the number of variables that can be clustered, some algorithms require more memory than others. An Out-of-Memory error may be generated when there is not enough available RAM in the computer to handle the number of selected variables. 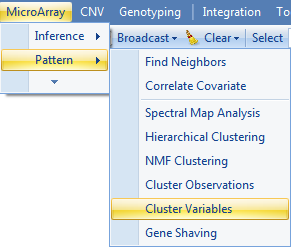 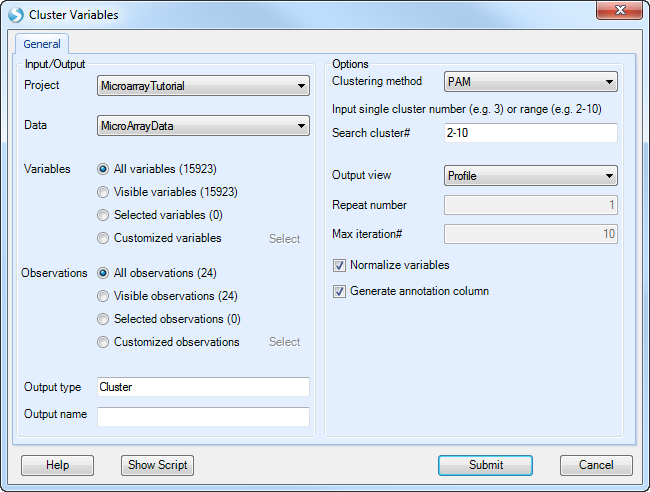 This command will generate a table showing the silhouettes for all cluster numbers. This table is located in the "Pattern" folder under the "Table" section:

This gives the silhouettes information for each variable. 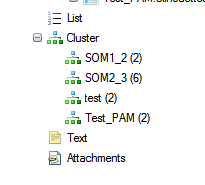 which can be used to Trellis variables in some data views such as profile view: